DHS for a Day IV

Posted by Assistant Secretary for the Private Sector, Douglas A. Smith 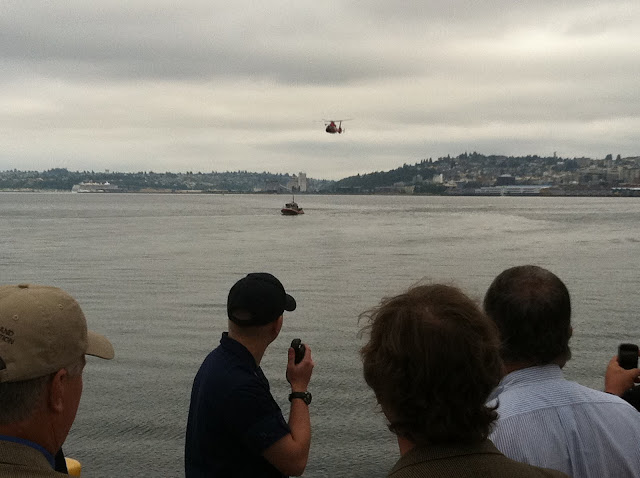 Homeland security is a responsibility shared across a broad range of partners, including the private sector. In support of our continued efforts to strengthen our security in collaboration with America’s businesses, schools and industries, DHS recently hosted the fourth DHS for a Day event in Seattle on July 19th.

This event showcased the everyday work of DHS’ frontline agents and highlighted key opportunities for businesses, academia, and our private sector partners to fully participate in making our nation more secure and resilient. 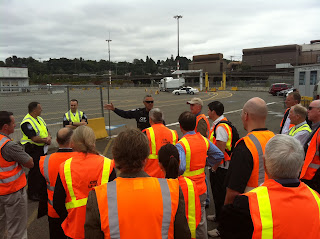 In the morning, participants from across sectors and industries gathered at the Washington State Fusion Center. Following briefings from U.S. Citizenship and Immigration Services and U.S. Secret Service on their operations in Seattle and role in the wider homeland security enterprise, representatives from the Seattle fusion center presented on their continued efforts to get critical information out of Washington and into the hands of our partners on the frontlines. The presentation inspired active dialogue about information sharing and how government partners, fusion centers and the private sector can work together during an emerging incident.

Following this, we headed to the U.S. Coast Guard (USCG) Base in Seattle for a series of presentations highlighting the USCG mission and capabilities. The highlight was the MH-65 helicopter search and rescue demonstration with support from a 45 foot Medium Response Boat.

During a working lunch, CBP presented on their operations in Seattle. Similar to the Fusion Center, the presentation sparked an active discussion, this time about screening for incoming cargo. We then traveled to a seaport where participants were given the opportunity to see cargo being screened first hand. 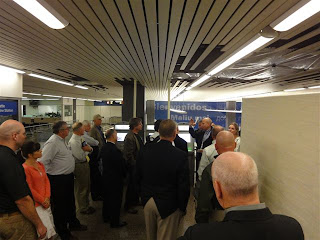 FEMA also presented in the early afternoon, highlighting the importance of preparedness,, and the role of the private sector community in disaster response. Additionally, the group toured one of FEMA’s Mobile Emergency Response Support (MERS) vehicles–all-in-one command centers used to coordinate response activities in the aftermath of devastating disasters.

The last stop of the day was SEA-TAC Airport. CBP and TSA both hosted a variety of demonstrations, giving attendees a behind-the-scenes look at the security and customs process for airline passengers.

As the DHS for a Day event demonstrated, knowledge, not only about how DHS works, but about the entire homeland security mission, is vital in ensuring that the private sector is fully involved in our efforts to keep America secure.