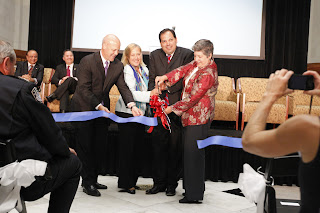 The Obama Administration is committed to rebuilding the Gulf Coast—the federal government has provided over $5.1 billion to support Gulf Coast Recovery and rebuilding projects such as the Custom House.  The U.S. Custom House, built in 1881 and designated a National Historic Landmark, is named after U.S. Customs and Border Protection, the first federal tenant to reoccupy the space after Hurricane Katrina.  The reconstruction project included removal of all materials damaged by Hurricane Katrina and upgrades to the building infrastructure. 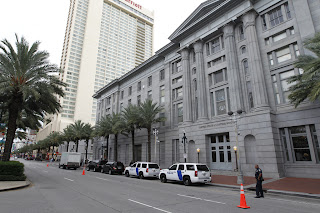 While in New Orleans, Secretary Napolitano, Senator Landrieu and Deputy Commissioner Aguilar received a tour of the Port of New Orleans via vessel along the Mississippi River, as well as demonstrations of cargo and radiation screening operations. 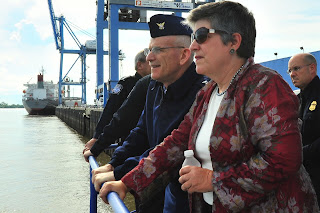 Today, Secretary Napolitano and Senator Landrieu visited the Cyber Innovation Center in Bossier City to meet with teachers and students in the cybersecurity field—underscoring the Department’s efforts to strengthen cybersecurity and prepare the next generation to practice safe online habits in an increasingly connected world. Over the past two years, DHS has increased the size of its cybersecurity workforce by 500 percent and works with academic institutions to encourage graduates to pursue careers in this emerging field through competitive scholarships, fellowships, and internship programs.
Published by the U.S. Department of Homeland Security, Washington, D.C.