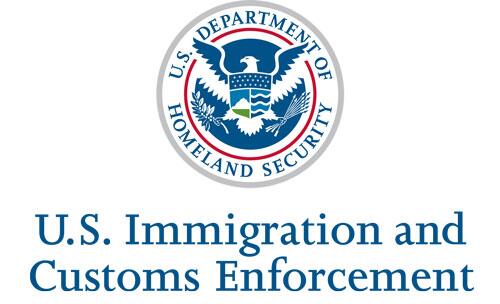 U.S. Immigration and Customs Enforcement (ICE) employees work hard to protect our country from terrorists, drug traffickers, criminals, and other people who try to enter our country illegally. They enforce the laws that keep American citizens safe.

ICE employees have many different roles:

Deportation Officers identify, arrest, and deport criminals and other people who enter the United States illegally. Some officers arrest people at the border or at airports, while others locate, arrest, and detain people who are in our country illegally after they have moved farther into the US.

Deportation Officers also ensure each person they arrest is processed fairly and efficiently in immigration court, regardless of whether they are allowed to stay in the US or told to return to their home country.

Just like Deportation Officers, Detention and Deportation Officers work with immigration courts to ensure the government has the information it needs to efficiently make a decision about people who are arrested for being in the US illegally. They also work with local police to identify, arrest, and detain people who are living in the United States illegally, including gang members, drug traffickers, and other dangerous criminals.

Detention and Deportation Officers also help create plans for how immigration laws are enforced in the future, ensuring a safer America for generations to come.

HSI Criminal Investigators are the detectives of ICE. They work across the country and around the world to gather information about criminals and terrorists that are planning to attack or are committing crimes in the United States. Criminal Investigators gather evidence and clues about international criminals that smuggle drugs, humans, weapons, or other goods into the US, and criminals that commit other crimes like identity theft.

Once they’ve collected enough evidence, Criminal Investigators then work with the FBI, DEA, US Marshals, and other law enforcement agencies to find and arrest these criminals.

HSI Technical Enforcement Officers are the technology experts that help Criminal Investigators collect evidence with electronic surveillance equipment.  It’s a dangerous job that requires officers to know how to install and operate equipment quickly and secretly. Sometimes, they must enter the homes of suspected criminals to install tiny cameras and microphones!

As the expert, the Technical Enforcement Officer will also train other officers and investigators to use surveillance equipment correctly.

What type of ICE officer would you be?