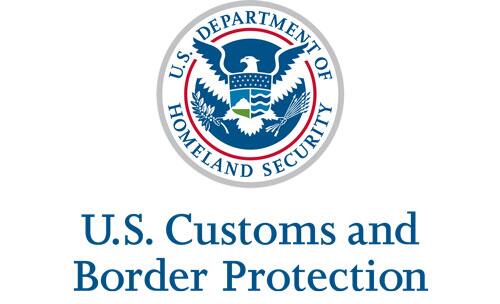 It’s an important job that requires special training and tools to do it well. Let’s look at the different jobs in Customs and Border Protection.

Agents in the Horse Patrol ride horses while they patrol mountains, canyons, deserts, and other parts of our borderlands that are difficult to reach.

Agents in the Bike Patrol ride bikes to patrol tight spaces and move quickly when other agents need help stopping criminals or other people crossing the border illegally.

Believe it or not, some Border Patrol agents are dogs! Human agents work with canine agents to sniff out drugs and people as they cross the border in cars, cargo trucks, luggage, and other creative hiding spots.

Agents in the Patrol Boat Unit use small, fast boats to patrol our sea and river borders where the water can change from shallow to deep very quickly—places where bigger boats can’t go.

Agents in BORSTAR help search for, rescue, and care for people when there is a natural disaster, terrorist attack, or another major event in the US.

Agents in BORTAC are called in to help protect our national security during major events like terrorist attacks or riots. Much like the SWAT team at your local police department, BORTAC uses special equipment and strategies that allow them to move quickly to deal with an emergency.

Agents in the Mobile Response Team are trained and ready to help with any emergency, anywhere along our borders, at any time. From California to Florida to Montana to Alaska, Mobile Response Teams are equipped with the right transportation and tools to help protect the US border anywhere they are needed.

Agents in the Firearms Instructor Training Program receive a world-class education on the safe and responsible operation of guns. By joining the program, agents gain the certifications they need to teach other agents how to use guns safely while they work to protect our borders.

Agents in the EMP are Emergency Medical Technicians (EMTs) and paramedics that respond to emergencies along our border where people are sick or injured. They also teach other agents basic first-aid and other emergency response skills.

If you were a Border Patrol agent, what team would you like to be a part of?

Customs and Border Protection (CBP) Officers work together with Border Patrol agents to enforce the laws that keep our borders, airports, and seaports safe and secure. Officers inspect merchandise, agriculture, luggage, and people coming into and out of the United States, intercepting drugs, weapons, and other illegal goods before they get into the wrong hands and stopping people from trying to illegally enter the country.

Some CBP Officers work in different countries.  Some work with dogs to detect weapons and drugs. Some fly drones. Some work on ships. But no matter where they work or what tools (or furry friends) they use, all CBP Officers are working to keep our country safe.

These CBP Officers inspect animals and plants entering the US for diseases or pests (like insects), and ensure exotic, invasive, or endangered species are not being transported illegally into the country. Agricultural Specialists work at airports, seaports, and land border crossings.

These CBP Officers use drones, planes, radar, satellites, and other sophisticated technologies to stop people, weapons, and drugs from illegally entering the US. They use planes and drones to do a lot of their work, but some of their missions end on land or in the water.

These CBP Officers patrol our coastlines in search of criminals and terrorists trying to smuggle drugs, weapons, counterfeit goods, and people into the US. This work can be very dangerous. Officers must be prepared for high-speed boat chases, nighttime operations (arresting criminals when they least expect it), and surviving storms in the open ocean.

If you were a CBP Officer, what type of officer would you be?