The Republican and Democratic National Conventions were designated National Security Special Events (NSSEs) by the Department of Homeland Security and, because of this special designation, were staffed by 2,600- 3,000 Homeland Security personnel, in conjunction with other federal agencies. Find descriptions of how the various offices assisted in convention security below: 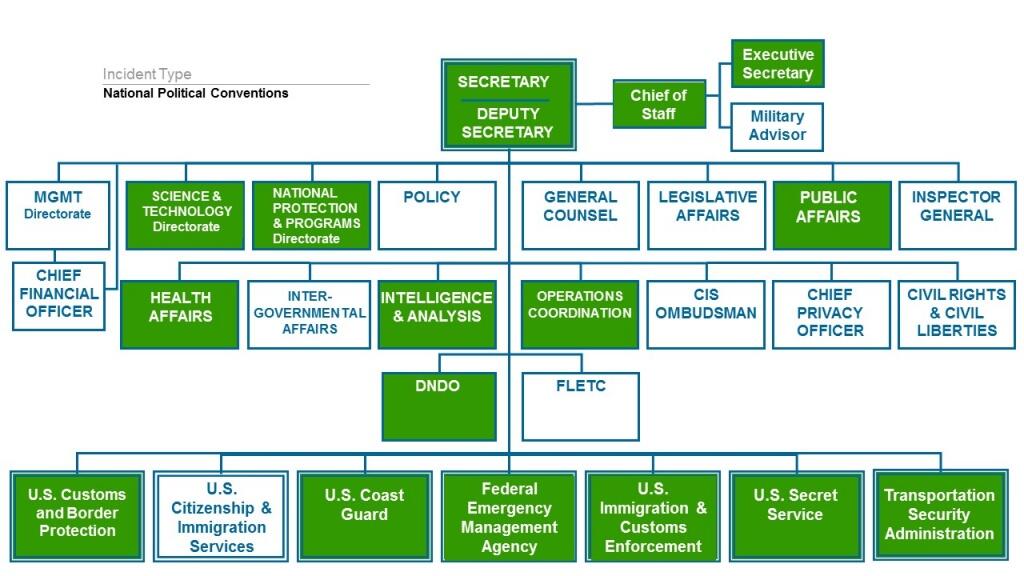 Other Agencies Involved (outside of DHS):