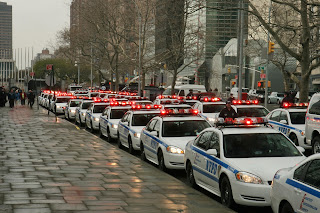 Beginning today, thousands of first responders and law enforcement officers from 150 agencies in New York, New Jersey and Connecticut will participate in a five-day, full-scale exercise to evaluate the Securing the Cities (STC) program, a DHS-funded effort to protect New York City and other major metropolitan areas against the threat of illicit radiological and nuclear weapons and materials. The exercise is not related to a specific threat.

“The Securing the Cities program is a key component of the Department’s efforts to protect the nation from terrorist threats,” said Secretary Napolitano. “The STC pilot program has helped build a capability among first responders to help detect illicit radiological and nuclear weapons or materials in a major metropolitan area that simply did not exist four years ago.”

Securing the Cities began in 2006 as a pilot project for the New York City region, providing equipment, tools and training through cooperative agreements to the New York Police Department (NYPD), the lead agency for the STC program, which in turn distributes grant money to other participating agencies. In all, STC has provided more than 5,800 pieces of detection equipment, trained nearly 11,000 personnel, and conducted more than a hundred drills.

“Through Securing the Cities, the New York City region is providing thousands of first responders with the tools they need to detect radiological and nuclear threats,” said Warren Stern, Director of DHS’ Domestic Nuclear Detection Office (DNDO). “This full-scale exercise will help us to determine how we can continue to improve our ability to identify, prevent and respond to potential nuclear or radiological threats.”

Following an evaluation of the initial pilot, President Obama’s FY 2012 budget request outlines a transition from a pilot program to a more permanent capability that could be continued in the New York City region and replicated in other major metropolitan cities.