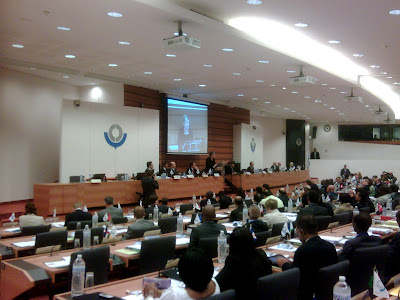 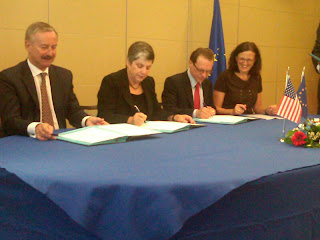 While in Brussels, the Secretary and her European counterparts signed the U.S.-EU Joint Declaration on Supply Chain Security—reaffirming the shared commitment of the United States and European Union to enhance the security and resilience of the supply chain.

Later in the day, the Secretary delivered remarks at the World Customs Organization (WCO) Council meeting—highlighting the importance of global supply chain security.  She joined WCO Secretary General Mikuriya to underscore their shared commitment to partnering on initiatives such as  Program Global Shield, which brings together more than 70 nations in an unprecedented multilateral law enforcement effort aimed at combating the illicit cross-border diversion and trafficking of explosive precursor chemicals.