Super Bowl XLVI: "If You See Something, Say Something"

The Department of Homeland Security is proud to help secure Super Bowl XLVI. This week, I joined officials from the National Football League (NFL) in Indianapolis to announce DHS’s continued partnership with the NFL on our “If You See Something, Say Something™” public awareness campaign. 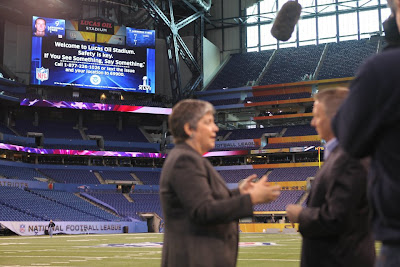 As part of this partnership, we work with law enforcement partners, the NFL, event staff and volunteers, and the public to help ensure the safety and security of everyone who is in town for the big game.

Our message is simple: if you see something that doesn’t look right—an unattended bag or package, a person behaving in a suspicious manner, a vehicle that seems out of place—report it to the authorities. 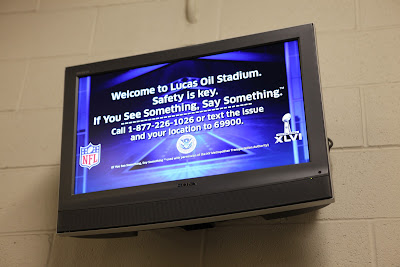 Time and again, we see the value of this kind of public vigilance in thwarting terrorism and crime, including foiled plots against the Martin Luther King Jr. Day parade in Spokane, Washington and more recently at the Fort Hood military base in Killeen, Texas.

At the Super Bowl, “If You See Something, Say Something™” campaign graphics will appear on the videoboard and televisions throughout Lucas Oil Stadium on game day. Safety messaging will be printed in game programs and fan guides for staff, players, and volunteers. The “If You See Something, Say Something ™” advertisements are also featured throughout Indianapolis at the airport, hotels, restaurants, bars, and on buses, magazines and visitor guides. 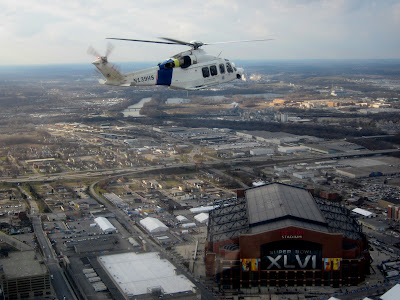 We’re also supporting Super Bowl security in other ways, helping Lucas Oil Stadium and other entertainment and hospitality venues throughout the Indianapolis identify address potential risks; providing “First Observer” anti-terrorism and security awareness training to more than 8,000 stadium staff and volunteers; helping secure transit to and from the stadium with our Visible Intermodal Prevention and Response (VIPR) teams; and scanning all of the cargo entering the stadium for contraband such as narcotics, weapons, and explosives.

Security is a shared responsibility and each citizen has a role to play in identifying and reporting suspicious activities and threats. Through efforts like “If You See Something, Say Something™”, we can engage everyone, including Super Bowl fans, in our homeland security efforts. 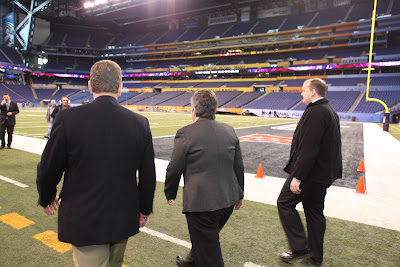 So while you’re watching the game this weekend, remember—if you see something, say something.