In separate bilateral meetings with Secretary of Foreign Affairs Luis Videgaray Caso and Secretary of Interior Alfonso Navarrete Prida, Secretary Nielsen discussed a range of national security issues including the importance and success of joint operations at the border, such as increased seizures, and improved information sharing. They also discussed the need for infrastructure improvements along the border to speed legitimate trade and travel.  This included their shared commitment to cross border economic prosperity.  Both sides expressed concerns with migration flows including those caused by the collapse of the Venezuelan economy and its impact in the region.  The partners shared their mutual desire to confront transnational criminal organizations and money laundering. Lastly, both sides reiterated their long held respect for the human rights of migrants.

The strong relationship between the U.S. and Mexico, and the safe and efficient crossing of goods, is critical to the economic success of both countries. To enhance these efforts, the U.S. and Mexico entered three agreements to strengthen our operations.

U.S. Customs and Border Protection (CBP) Commissioner Kevin McAleenan and the Tax Administration Service (SAT) signed a Memorandum of Cooperation (MOC) on Customs and Trade Enforcement, which will facilitate the development and implementation of joint and coordinated programs aimed at increasing trade and customs compliance, as well as combating illicit activities.

Additionally, CBP and SAT signed a Memorandum of Understanding (MOU) on Cargo Pre-Inspection Program and Unified Cargo Processing (UCP). This MOU states the bilateral commitment for the further implementation of cargo-pre inspection and UCP programs, through which Mexican customs officers and CBP officers will work together to inspect and process cargo shipments.

Lastly, CBP and the National Service for Agro-Alimentary Public Health, Safety and Quality (SENASICA) signed an MOU to enable collaboration between the two agencies on agriculture safeguarding, agriculture quarantine inspections at ports of entry, and information sharing. The MOU promotes cooperation and information sharing to enabling the U.S. to handle legitimate and safe shipments while addressing those that pose a risk. 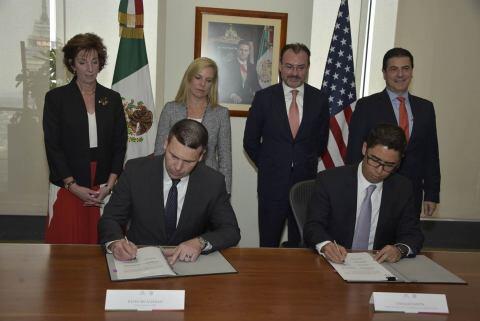 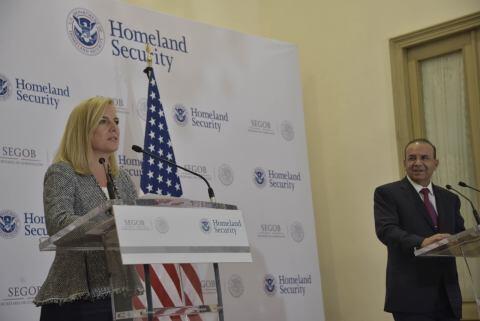 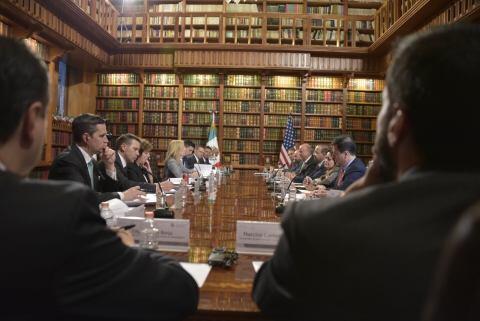