Last week, six Maritime Safety and Security Teams including Galveston, Honolulu, King’s Bay, Los Angeles, Miami and Seattle deployed in support of the Asian-Pacific Economic Cooperation – the first U.S.-hosted national special security event outside the continental U.S. In part one of a two-part story, Petty Officer 2nd Class Michael Anderson explains what happens in the days leading up to deployment. Check back with Coast Guard Compass later this week as we take you on the APEC deployment! 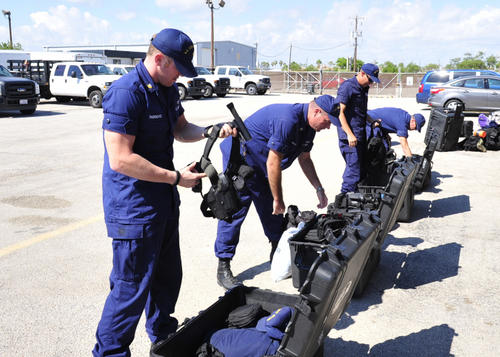 Coast Guard Maritime Safety and Security Teams deploy across the United States to support everything from military outloads to responses like Hurricane Irene and Deepwater Horizon. 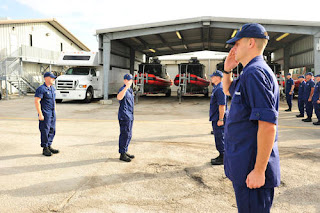 Among the array of missions the teams perform, they also provide waterside security for national special security events like the United Nations General Assembly, presidential inaugurations and just recently, the Asian-Pacific Economic Cooperation. APEC, a 21-member association of economies from the Asia-Pacific region, brought an estimated 20,000 attendees to Honolulu, including member economies’ heads of state.

Multiple teams from across the country were called to deploy and provide security for the event, but this was no issue for the teams as they are used to coming together seamlessly to perform the mission.

“When we received our deployment order, it tasked us to support Sector Honolulu along with five other MSSTs during APEC,” said Lt. Michael Gris, MSST Galveston’s executive officer. “Working with other MSST teams is easy because of our standard qualifications and equipment. We resource share which allows an MSST Galveston boat crew to operate an MSST Seattle response boat supported by an MSST King’s Bay engineering crew. A team compromised of multiple MSSTs is able to deploy together and conduct operations seamlessly.”

Keeping with this rotation, Maritime Law Enforcement Force Protection Teams and boat crews deploy from units to support operations, while others cycle through training to maintain their tactical proficiency.

“Physical fitness is a large part of our readiness,” said Petty Officer 1st Class Coleman Moore, a coxswain at MSST Galveston. “Wearing our tactical gear for hours underway on watch takes conditioning. You also have to condition your mind to be alert and ready to respond to a threat with no notice.”

The Alpha, Bravo, Charlie and Tango model is the key to providing properly trained forces to operational commanders for unexpected emergencies or scheduled events, like APEC.

“Our normal personal qualification cycle carried us right into APEC,” Moore said. “The planned nature of an NSSE [national special security events] allows the flexibility to tailor our capability leading into the deployment. Prior to APEC, we increased our law enforcement focus.” 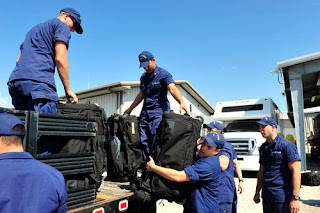 MSSTs can also adjust a scheduled Charlie or Tango period in order to respond to operational requirements throughout the nation. The ability to trade off different operational and training times within the schedule demonstrates the inherent flexibility, while maintaining greater overall readiness and skill proficiency.