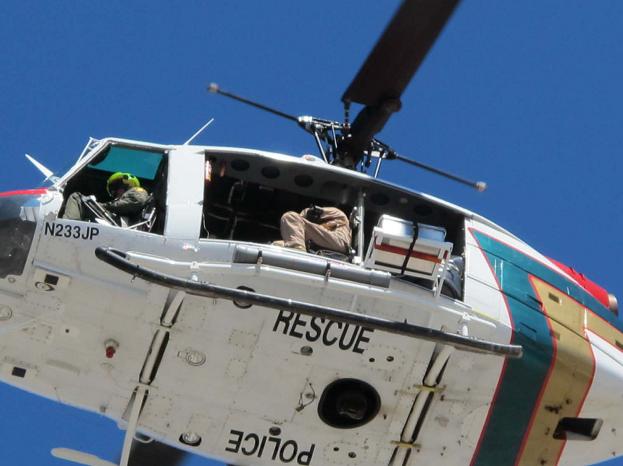 Federal, state, local and tribal government agencies are using or considering purchasing these helicopter- and airplane-mounted detection systems, which could help to detect illegal and dangerous nuclear materials. The Gryphon test campaign is designed to help operators on the front lines make better use of their existing equipment and inform future procurement decisions.

Splitting their time between the classroom and the air, participants spent the first week learning the basics of the detection systems and data analysis, as well as how to perform four types of flight patterns when searching for radiation sources. In the second week, state and local authorities participated in a variety of exercise scenarios in flight, operating the detection systems to locate and identify nuclear source material. One scenario included flying over a commercial district in search of nuclear source material hidden in a single building and calling in a ground response team to locate and identify the material.

During the test campaign, DNDO also invited federal, state, local and international partners to participate in an observation day for the Gryphon test, which included a tour of our Radiological/Nuclear Countermeasures Test and Evaluation Complex (RNCTEC) at the Department of Energy’s Nevada National Security Site. Observers learned about the facility and DNDO’s testing program, and were embedded with the ground response teams during exercise scenarios.
Published by the U.S. Department of Homeland Security, Washington, D.C.