On February 1, the U.S. Attorney for the Southern District of New York announced charges against 12 defendants for participating in a $250 million cell phone cloning scheme. U.S. Secret Service’s New York Field Office recently investigated a sophisticated operation in which information from the cell phone accounts of tens of thousands of people is stolen to support a black market in international calling. 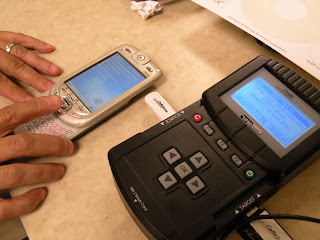 “These charges show our commitment to protecting the privacy of consumers and safeguarding the integrity of international telecommunications networks,” said Manhattan U.S. Attorney Preet Bharara.

The Secret Service is recognized worldwide for its investigative expertise and for its aggressive and innovative approach to the detection, investigation and prevention of financial crimes. While payment methods have changed over the years – from coin and paper currency, to checks, credit cards, and now, online transactions – the Secret Service remains committed to safeguarding the payment and financial systems of the United States.

“Through the use of strong investigative techniques and practices, the Secret Service and its law enforcement partners in multiple jurisdictions successfully thwarted further criminal activity and brought these perpetrators to justice,” said Brian Parr, Special Agent in Charge of the Secret Service’s New York Field Office.