“The Department of Homeland Security remains committed to working with our partners in Colombia to address illegal drug production which often funds transnational criminal organizations,” said Acting Secretary Duke. “This week, we reaffirmed our commitment to addressing this issue as well as a variety of other shared interests between our countries.”

Earlier this year, DHS hosted the Conference on Prosperity and Security in Central America which brought together a diverse group of government and business leaders from the United States, Mexico, Canada, Central America, Colombia, and other countries to address economic, security, and governance challenges and opportunities. The participants dedicated the first day of the conference to advancing prosperity and economic growth in Central America, and the second day to achieving a stable and secure region. This week’s meeting continued the discussions from that conference. 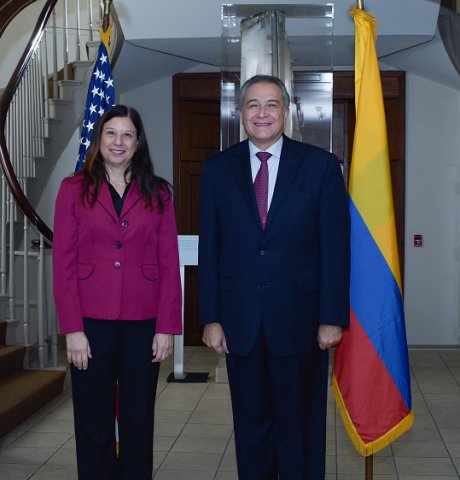