The U.S. Department of Justice (DOJ) has long recognized that trust and cooperation between law enforcement agencies and citizens is essential to the safety and stability of communities. Recent events demonstrate dramatically what can happen when that relationship breaks down. 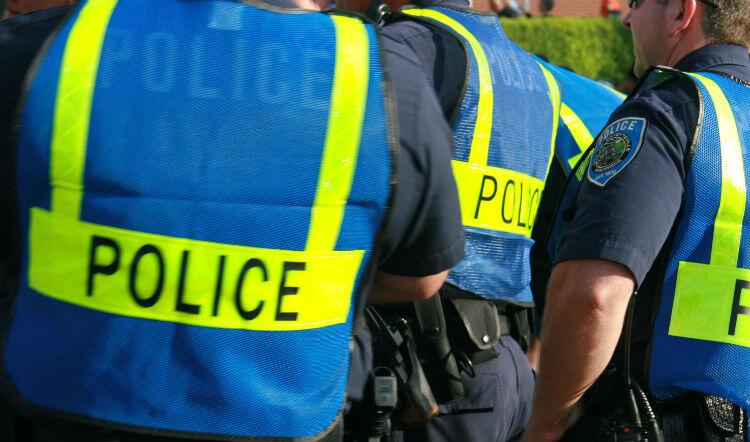 To strengthen effective law enforcement at the local level, more than 20 years ago the department initiated a movement toward community policing, a strategy that focuses on police building ties and working closely with members of the communities they serve. Community policing is a philosophy of full service, personalized policing, where an officer patrols in the same area on a permanent basis, working in partnership with citizens to identify and solve problems. Partnership and problem-solving have long been the cornerstones of the DOJ’s strategy for community policing. DOJ and the White House want to renew efforts in this cornerstone, recently launching new initiatives and making the following resources available to law enforcement agencies across the country to kick start this effort.

In describing the objective of the guide, BJA Director Denise O’Donnell said, “The role of law enforcement is not only to enforce the law, but to preserve peace, minimize harm, and sustain community trust. The resources available through this guide will help police departments and sheriffs’ offices maintain order and build effective police-community relationships, while promoting the rights and protecting the civil liberties of the citizens they serve.”

In their joint letter which opens Using Community Policing to Counter Violent Extremism: Five Key Principles for Law Enforcement, COPS Director Ronald L. Davis and International Association of Chiefs of Police President Yousry Zakhary explain that the document is “a guide to using community policing as a front-line strategy to prevent terrorism across the diverse communities served by law enforcement agencies throughout the country. [It] provides practical insights and compelling examples of how to extend the principles of community policing in ways that help prevent terrorism and violent extremism while building stronger communities and preserving constitutional and civil rights.”

Emphasizing that the impact of crimes committed by violent extremists, whether foreign radicals or “sovereign citizens,” are inherently local, the authors underscore the frontline role of local law enforcement in protecting communities against security threats. “To put it simply,” they write, “hometown security is homeland security.” This makes community policing and its capacity to involve citizens cooperatively with police an ideal tool for identifying potential threats.

The guide discusses each principle in turn, presenting case studies that demonstrate the potential effectiveness of community policing in countering violent extremism.

For decades, the federal government has provided billions of dollars in equipment to state and local law enforcement agencies (LEAs) through equipment transfers, asset forfeiture programs and federal grants. Particularly since September 11, 2001, Congress and the Executive Branch have steadily increased spending and support for these programs, citing the growing threat of terrorism, shrinking local budgets, and the relative ease with which some criminals are able to obtain high-powered weapons.

These programs have expanded often without standardized procedures for governing the flow of equipment. At the same time, training has not been institutionalized, specifically with respect to civil rights and civil liberties protections.

To remedy the situation, the White House engaged federal agencies, law enforcement, civil rights stakeholders and academics in conducting a review of federal funding and programs that provide equipment to state and local LEAs. The White House published the result—Review: Federal Support for Local Law Enforcement Equipment Acquisition—on December 1, 2014. The report shows that between FY2009 and FY2014, the federal government provided nearly $18 billion dollars in funds and resources to support programs that provide equipment and tactical resources.

The bulk of the equipment transferred from federal sources to LEAs is routine: office furniture, computers and other technological equipment, personal protective equipment and basic firearms. But federal agencies also transfer or fund the purchase of military equipment, including high powered weapons and tactical vehicles. Although such tactical equipment constitutes a small percentage of the total material, it is nonetheless substantial, and currently approximately 460,000 pieces of controlled property (such as small arms, night vision devices, tactical vehicles and aircraft listed on the Department of State Munitions Control List or Department of Commerce Control List) are in the possession of LEAs across the country.

Both law enforcement and civil rights stakeholders involved in the review process agreed that there is often insufficient transparency behind decisions surrounding the acquisition of equipment. LEAs can often request equipment outside of their local government’s standard budget process and without civilian (non-police) government approval. Local elected officials frequently are not involved in the decision-making, and the general public is unaware of what their LEAs possess. As a result, LEAs can accumulate types and amounts of equipment that are often beyond their size and training capacity.

Among its recommendations, the White House report recommends the increased use of community policing principles in the equipment acquisition process. By involving communities in the decision process, LEAs will better be able to avoid the appearance of militarization, which can weaken community trust, especially in communities with a history of strained relationships between citizens and law enforcement. In addition, strengthening public safety and civil rights/civil liberties training of officers could better position law enforcement officials as trusted guardians of public safety.

Consistent with the recommendations in the report, the President instructed his staff to draft an Executive Order directing relevant agencies to work together and with law enforcement and civil rights and civil liberties organizations to develop additional recommendations within 120 days.

In December 2014, President Barack Obama similarly instructed his team to draft an executive order creating a Task Force on 21st Century Policing, and announced that the Task Force will be co-chaired by Philadelphia Police Commissioner Charles H. Ramsey, who also serves as President of the Major Cities Chiefs Police Association, and Laurie Robinson, professor at George Mason University and former Assistant Attorney General for DOJ’s Office of Justice Programs. The Task Force will include law enforcement representatives and community leaders and will operate in collaboration with DOJ’s COPS Office. The Task Force will build on research currently being conducted by COPS and will be directed to prepare a report and recommendations within 90 days of its creation.

The President also proposes a three-year, $263 million investment package that will increase the use of body-worn cameras, expand law enforcement agency training, add resources for police department reform, and multiply the number of cities where DOJ facilitates community and local LEA engagement. The initiative as a whole will enhance federal government efforts to partner with state and local LEAs to build and sustain trust between communities and those who serve and protect them. For more information on community policing, visit the DOJ Community Oriented Policing Services website.