On April 10, 2015, a car struck a Valley Mills, Texas, police officer who was standing on the shoulder of the highway during a traffic stop. On April 6, a hit-and-run driver struck a Miami Beach, Florida, police officer. The same day, a Louisiana state trooper investigating a vehicle accident was injured when a drunk driver plowed her vehicle into his truck. On March 26, an Alabama driver crashed into a parked ambulance at the scene of a previous vehicle accident, injuring the ambulance driver and his patient. On March 24, in North Fort Worth, Texas, a speeding pickup truck slammed into a police squad car at the scene of an accident, flipping the squad car into a fire truck and injuring three firefighters. 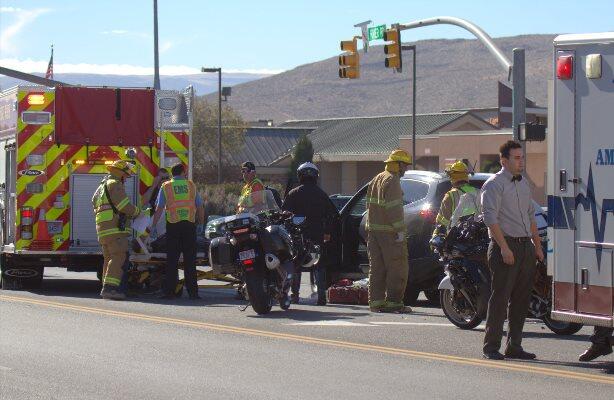 These are just a handful of the 190 “struck by” incidents—incidents in which responders are struck by vehicles—reported so far in 2015 by the Emergency Responder Safety Institute.

In such incidents, fatalities are common. According to the U.S. Department of Labor Bureau of Labor Statistics, in 2013 (the latest year for which statistics are available), seven first-line supervisors of firefighters and law enforcement workers died in roadway incidents, as did six firefighters and 33 law enforcement officers. The same year, the FBI reported that of the 49 law enforcement officers who died in the line of duty as a result of accidents, nine were struck by vehicles and 23 died in vehicle crashes. And “rookie mistakes” do not account for most incidents: among those 49 officers, the average age was 41 years old and the average length of law enforcement service was 13 years.

Many agencies and organizations work hard to reduce the number of traffic-related responder injuries and deaths, and a wealth of resources is available to help responders brush up on their safety skills. In 2014, the U.S. Fire Administration (USFA) released an updated Emergency Vehicle Safety Initiative publication, expanding and revising the widely used 2004 edition. Topics covered include: common crash causes and prevention, the impact on safety of vehicle design and maintenance, factors for improving response-related safety, and roadway incident scene safety. The USFA Emergency Vehicle Safety Initiative web page also features an extensive list of resources ranging from best practices for roadway operations safety, traffic control and traffic incident management, to the basics of responder and vehicle visibility.

Noting that “more law enforcement officers die each year in traffic incidents than from any other cause,” the U.S. Department of Justice (DOJ) Office of Justice Program (OJP) developed an online Police Roadside Safety guide. The guide emphasizes the importance of roadside visibility of officers and vehicles, and includes information on the proper use of reflectors, warning lights, highway flares and safety vests. It also lists safety training and education resources.

Responders are not the only people who must be educated about roadside incident safety. General public motorists also must know and obey roadside incident laws and procedures, such as “Slow Down and Move Over” laws. In 2012, DOJ’s National Institute of Justice published a study it funded entitled “Determining the Relative Impact of PSAs and Brochures upon General Public Drivers Interfacing with Emergency Service Vehicles.” The study analyzes the effectiveness of public service announcements and brochures intended to educate the general public about roadside incident safety. It also recommends guidelines for agencies to follow in their own public outreach and education efforts.

With peak driving season approaching, now is a good time for agencies and communities to review roadside incident safety laws and procedures. Knowledge, preparation and caution are the best insurance against unnecessary roadside injuries and deaths.