In the midst of an emergency, communication is critical. The Department of Homeland Security (DHS) Science 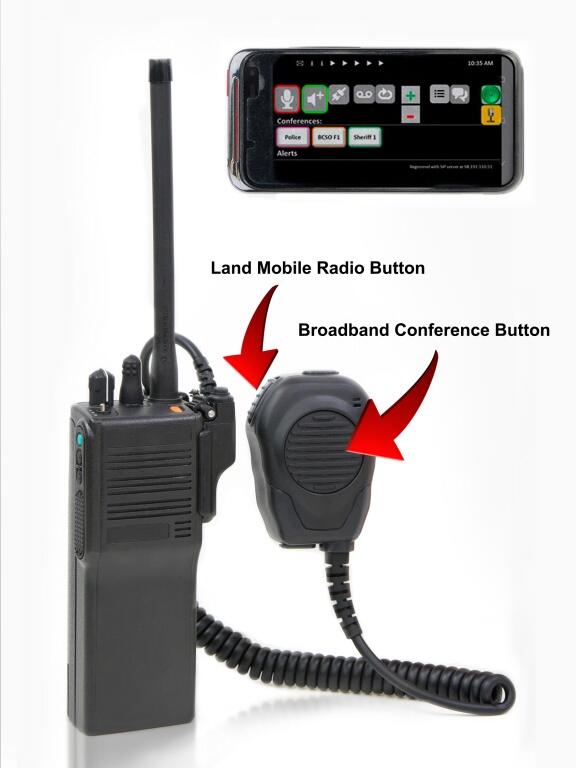 and Technology Directorate’s (S&T) is working to keep lines of communication open, separate and clear between multiple responding organizations in order to simultaneously coordinate victim care, prevent further injuries and ensure available resources. Recent two-week field tests in Nebraska of the Hybrid Public Safety Microphone—or Turtle Mike—allowed law enforcement, medical, fire and rescue and public works personnel to test a merge of land mobile radio (LMR) and broadband systems to enable first responders to communicate with each other. Funded by S&T’s First Responders Group (FRG) at the request of DHS’s U.S. Customs and Border Protection, the Turtle Mike bridges these normally stand-alone systems and offers a platform that links different systems together.

FRG telecommunications specialist Tom Chirhart explained that during an emergency, first responders, medical teams and other supporting elements use standard LMR radios, which have limited frequencies and bands, and augment them with smart devices using cellular broadband networks. As these LMR and broadband systems operate independently of each other, the Turtle Mike allows responders to create a teleconference platform that can be accessed by both of these systems.

“The Turtle Mike takes the conversation off the frequencies and bridges them together,” Chirhart said. “You can talk radio-to-radio or broadband-to-broadband or radio-to-broadband. It connects everyone together.”

The hardware solution can be added to any existing LMR system to provide access to cellular networks and the Turtle Mike app can be downloaded onto any smart device. The app allows first responders to access LMR channels and set up separate broadband conferences on cellular networks from their smart phone device. These supplemental broadband conferences allow first responders to create unlimited separate conferences that can be tailored for each incident.

“If you have an incident, there are many different people who have to communicate at the same time on the same system. The Turtle Mike allows direct contact easily between police, medical and fire responders and the hospital using different communications equipment; this is vital,” Chirhart stressed.

For instance, he explained, during an emergency, multiple response efforts happen simultaneously. At the on-set of an event, onsite fire and law enforcement responders coordinate with hospitals and emergency medical personnel to arrange victims' care and transportation. Simultaneously, they must also coordinate with other law enforcement to close roads and re-direct traffic as needed. Using only LMR, as multiple conversations happen simultaneously, these first responders could run out of channels or participants could become confused. The Turtle Mike allows each of these entities to create a separate teleconference, keeping the conversations separate from one another.

Phase one laboratory testing is currently concluding at the Public Safety Communications Research Program in Boulder, Colorado. If the Turtle Mike solution is successful and approved, phase two testing with actual DHS users will take place in 2015. During phase two, S&T will update the preliminary prototype, correct shortfalls and add advanced features. The prototype will then undergo additional field tests to evaluate the technology and verify that responder requirements were met.