Release Date: August 5, 2011
Today Secretary Napolitano traveled to New York City and met with U.S. Secret Service Special Agent Damian Schwartz and National Protection and Programs Directorate Infrastructure Compliance Division Acting Regional Commander for Region 2 Fred Taylor to thank them for the critical role they play in enhancing our nation’s safety and security every day.  Schwartz and Taylor were honored last month as part of the Faces of Homeland Security: Heroes on the Front Lines initiative.

The Faces of Homeland Security: Heroes on the Front Lines initiative shares some of the inspiring stories behind the men and women of DHS and our local partners who have been working at every level to prevent terrorism, secure our borders, enforce our immigration laws, safeguard cyberspace and prepare for, respond to, and recover from disasters. 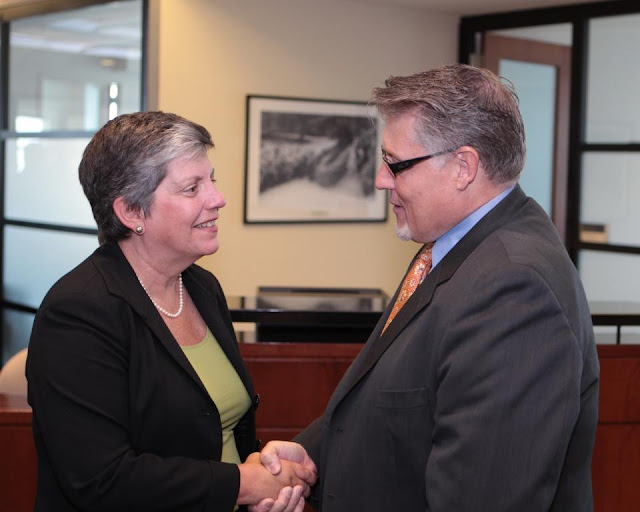 U.S. Secret Service Special Agent Damian Schwartz has played a key role in many investigative and protective squads in the agency's New York Field Office since 1998.

On September 11, 2001, he assisted first responders in the evacuation of Secret Service personnel and other victims of the attacks after being directed to evacuate.

In 2004, Schwartz was selected to join the Electronic Crimes Special Agent Program and became a certified examiner. He has since performed hundreds of digital forensic exams that have derived valuable evidence and investigative leads in federal, state, and local law enforcement investigations related to financial crimes, drugs, organized crime, and child pornography. 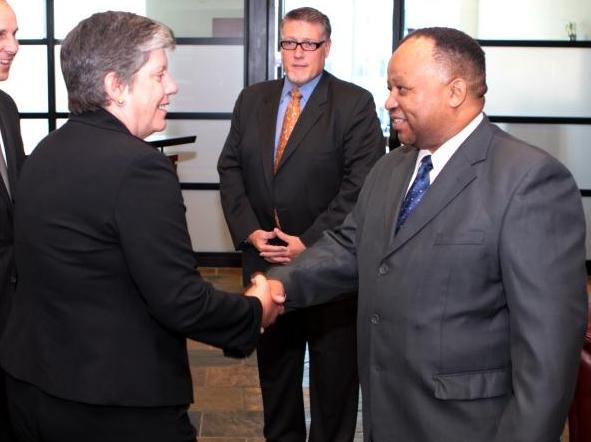 On September 11, 2001, Fred Taylor responded to the World Trade Center terrorist attacks and assisted in the rescue effort. As a Supervisory Fire Marshal with the New York City Fire Department, he was subsequently assigned to oversee recovery operations for the Bureau of Fire investigation of the New York City Fire Department, including the identification, collection and preservation of evidentiary material recovered at Ground Zero.

After 9/11, Taylor continued his service in the U.S. Coast Guard (USCG) - he joined in 1989 - where he supervised security checks of foreign and U.S.-flagged vessels prior to their entry or departure at the ports of New York and New Jersey and led efforts to ensure that waterfront facilities complied with maritime transportation security standards. After 21 years of service, Taylor retired from the Coast Guard in October 2010 and now supports the Department’s efforts to secure high-risk chemical facilities by overseeing the implementation of the Chemical Facility Anti-Terrorism Standards (CFATS).