With more than a million people in attendance at this year’s Super Bowl, quick and seamless communication was vital to the many public safety and responder organizations involved. In a large scale event like this, safety and responder agencies must be prepared to respond jointly to almost anything. This year, Houston’s public safety and responder officials were equipped with the Department of Homeland Security (DHS) Science and Technology (S&T’s) datacasting technology, which allows users to quickly and securely share videos, images, maps, text and other files from practically any location with any authorized user. Agencies agreed the datacasting technology significantly improved situational awareness and cross-agency coordination.

“Datacasting lets users share all kinds of critical data though the public television broadcast network using preexisting legacy systems, like cameras and dashboards, as well as mobile devices,” explained S&T’s First Responders Group (FRG) Program Manager Cuong Luu. “Through this, not only can users get a glimpse of the areas they are monitoring through stationary cameras, but they can also share views of locations that are out of range of those cameras using a smartphone or tablet to upload streaming video. Users can also easily access files sent to them over the air that they might not otherwise be able to receive.”

Throughout Super Bowl LI weekend, datacasting provided multiple public safety agencies, including the Houston Fire Department (HFD) and the Houston Police Department (HPD), with the capability to share video with the various operations centers, field units and the City of Houston Mayor's Office of Emergency Management (OEM). This allowed officials to evaluate multiple video feeds in real-time and relay them to select public safety users stationed throughout Houston.

A prime example of datacasting’s benefit to public safety was when a motor vehicle accident occurred near the exit of NRG stadium, where the game was taking place. The initial reports indicated the accident may have included a fatality. This caused great concern, particularly regarding what level of a response would be necessary and what agencies would have to be involved. Wanting to quickly and accurately assess the scene, the fire chief on duty made his way to the location and with just a few clicks on his smartphone, he was able to stream video footage of the incident, giving all other units an up-close view. They were able to share this video via datacasting and quickly determined no fatalities occurred and dispatched the appropriate level response. 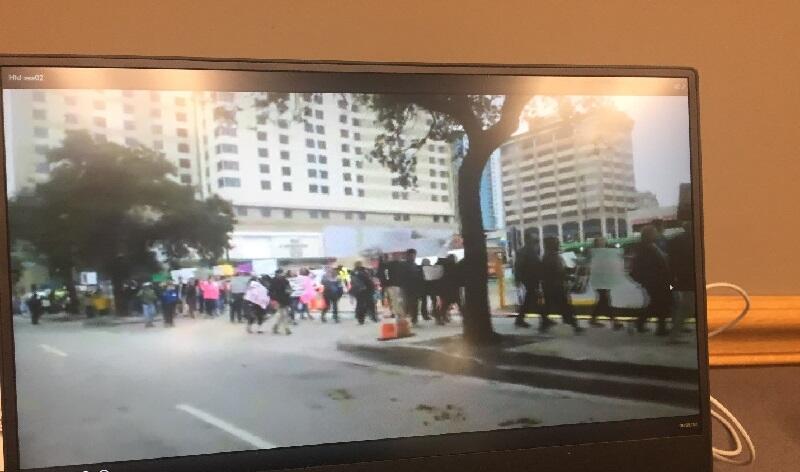 Additionally, a few protest demonstrations occurred over the weekend. While most demonstrations are peaceful, responder agencies need to be prepared should an emergency situation arise. Through the use of datacasting, responders easily monitored activities and ensured everyone’s safety. Various locations without fixed camera coverage were augmented by teams that provided live streams from their mobile devices back to the command centers. This video could then be shared over datacasting. During one mobile protest, an HFD bike team accompanied the group to safeguard the event and maintain situational awareness with all other components by streaming live footage from their smartphones.

Datacasting also provided coverage that would not otherwise be available during the “NFL Experience,” which was held at the George R. Brown Convention Center. HFD officials received reports of overcrowding of the venue. The limited fixed camera coverage onsite did not provide an optimal view of the situation. However, a small team was dispatched to the area to assess the situation and datacast footage from their mobile devices to allow officials the ability to make decisions on how to regulate the crowds.

Prior to the Super Bowl, FRG and its partners, the Johns Hopkins University/Applied Physics Lab and SpectraRep, conducted multiple pilots and tests of datacasting to evaluate its ability to support public safety communications. These tests revealed several added benefits of using the technology, as well as areas where the technology could be improved.

One of these tests included a field test to evaluate both commercial wireless signal strength and the use of datacasting technology throughout downtown Houston and areas surrounding NRG stadium. In areas with degraded or nonexistent wireless signals, S&T showed how datacasting could still successfully send and receive content. This demonstrates how datacasting can provide additional communications support in areas where traditional wireless may not.

This was not the first time the city of Houston safety and responder agencies successfully used the datacasting technology. It was also employed during the NCAA Men’s Final Four Basketball Tournament, the Republican Presidential Candidates’ Debate, flooding response and recovery efforts in 2016, and the Chevron Marathon in January 2017. 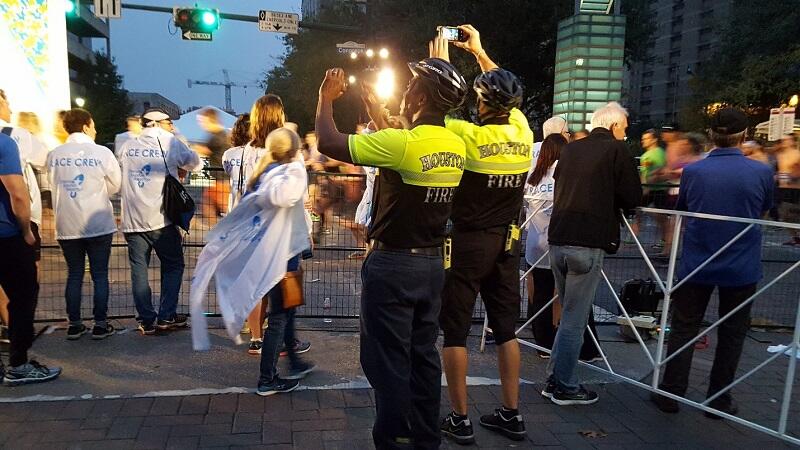 During the Chevron Marathon, datacasting was deployed on more than 30 smart devices and was heavily used by the HFD bike team on duty to maintain the safety of the event. Many of the agencies involved have been or plan to incorporate the technology as part of their normal daily operations. FRG and its partners will continue to work with the various public safety agencies in Houston to continue deploying the technology.

FRG hopes this technology will soon be able to assist public safety agencies throughout the nation, and is working towards making it available nationwide through its partnership with America’s Public Television Stations (APTS).

Responder and safety agencies that would like more information can visit the Voice, Video, and Data for Public Safety program page or contact FRG at First.Responder@HQ.DHS.GOV.